September 28, 2009
This week in a New York Times article published on September 27th, I am quoted commenting on the recent Airlines’ habit of charging extra fees for baggage. I reflect on how this impacts those of us who are involved in International missionary travel and often need to carry lots of stuff around.

The concern is not only the fact that this heightens the cost of doing missions. The lack of uniform standards on the part of the airline carriers in terms of baggage limits and fees becomes a very taxing ordeal for the passenger.

For instance, when we left the United States for Nairobi on KLM/Delta we were allowed two pieces of luggage with cumulative weight of 70 pounds per person. But on reaching Nairobi and needing to transfer to Kenya Airways a partner carrier for KLM/Delta, to Bujumbura and for return to United States, we were told we would be allowed two pieces not exceeding 23 pounds each.

Moreover, if you have one of the two bags weighing 10 pounds and the other one 30 pounds, you have to pay for extra weight on the 30 pound bag even though your cumulative weight does not exceed the allowed 46 pounds. I had two bags one of which could only carry strictly 12 pounds. With the other bag being 38 pounds in weight, it meant that I needed to pay for 15 pounds in extra weight.

Thankfully, we were operating in God’s favor zone. Besides having to open our bags and do some redistribution of weight among ourselves, the Kenya Airways staff eventually decided to waive the fees for us. This was continued testimony to God’s hand upon us that had manifested in terms of financial provisions, travel documents, healthy travel, and ministry breakthrough both in Kenya and Burundi.

After reading the AP article, Steve Wareham quips, “At least there are no pictures of us in the ticketing hall of the Nairobi Airport doing our frantic last minute repack / redistribute shuffle.”

Thank you to our ministry partners who are always praying for us as we advance the cause of our Lord Jesus Christ around the world despite the hustles and inconveniences of both domestic and foreign travel. Without your stand behind us in prayer and financial support, our work would easily be stunted. 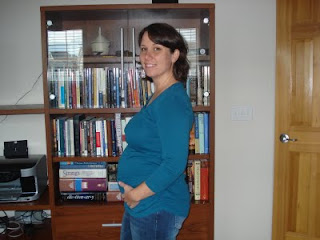 I am especially indebted to my beautiful wife Suzanne and to our unborn son (yes we have a son on the way) who were waiting for me so patiently at the Minneapolis International Airport when I arrived from Africa. For you, “No eye has seen and no ear has heard, nor has it entered the heart of any man, all that God has prepared for you in recompense for your love for Him.”

Speaking of parenthood, what a miracle it is to watch God create life!  Today Suzanne and I got a glimpse of our handsome baby-boy who will be due on February 12th 2010.  May He be grow to honor and glorify God in his generation.  Amen!