The Other Frontline in the Battle for Souls- By Suzanne Wanyonyi 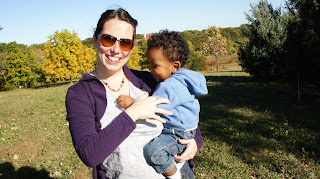 I've learned quite a bit while Sammy's been away in India. Other wives have told me over the years, that when their husbands are gone for ministry for extended periods of time, the enemy tries to attack during the husband's absence by causing the garage door to break, or the toilets to break or the hot water heater to go out. 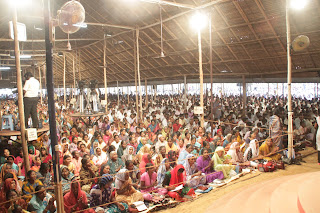 So, from the very beginning of our marriage I anticipated those things and shared my concern about them with Sammy. He understood. We've always had a plan in case something breaks around the house while he's away.

Well, none of those things have ever happened. Other things have happened.  During this latest mission, while nearly 80,000 people were being won to Christ, the attack came in a way I wasn't expecting: The kids.

There were more than a few nights where I had about 2 hours of sleep because the kids kept waking up. With Malaika it's not so uncommon, but Junior has slept from 8-8 for as long as I can remember. He's a very good sleeper and hardly ever wakes up at night. 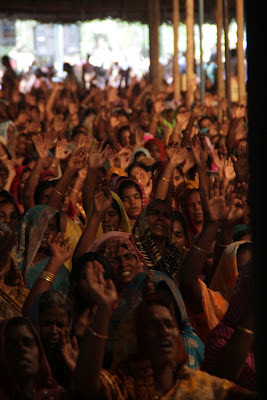 Well, let me tell ya, it wasn't "normal" in the sleeping department around here! One of the nights, I was up every 15-30 minutes from 3 am until 8:30 am! That is not exaggerated at all. At the time, in my grogginess, I didn't realize that it was spiritual warfare, but as I reflected on it and asked the Lord about it I realized that it was.

I hate not having enough sleep. The enemy knows that. He wants me to dread and fear when Sammy leaves so that I won't be supportive of him as he goes to do what God has called him to do. Plain and simple!

Thankfully, I've had to toughen up during this trip, and have come to realize that I can still fully function, have a good attitude and be a good mom to my kids, on 2 hours of sleep, BY GOD'S GRACE, of course. ;)

The attacks were more intense this time while Sammy's been gone. I think it's because he's been in India. The spiritual climate is different there than in Africa, therefore different spiritual attacks. 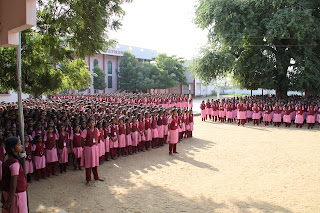 One of the nights I was attacked with intense fear. I was physically shaking, I was so afraid. At the time, I knew it was warfare, by the way that it happened. I've come to see the pattern: 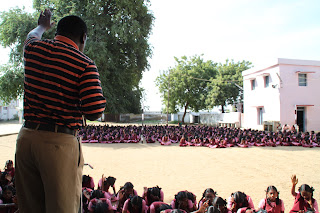 That exact scenario happened. So, what did I do? I texted Sammy in India. I was so scared, even though I knew it was an attack, I couldn't get the fear to stop. It turns out that he was preaching at that very moment. That's when it was solidified that it was spiritual warfare.

Sammy was shining the light of Jesus Christ in the darkness, and Satan couldn't get him to stop, so he attacks me, freaks me out and I text several times while he's preaching.


The good thing is that my texting didn't disrupt him one bit, he finished his sermon, texted back to reassure me, prayed for us, then turned to pray with all of the people lined up in front of him waiting for prayer. Ha! 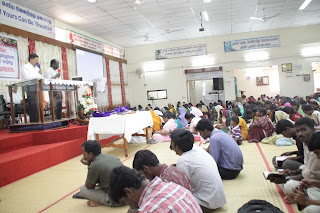 The Lord has also given me a bit of wisdom on how to discern through worries that I'm having. Sometimes I get all freaked out about things like whooping cough, for example, and I can't really tell what reality is. It's hard to know if it's a legitimate concern that needs attention or if it's just the enemy trying to throw me for a loop.

The Lord spoke to me as clear as a bell one of the days, (while I was busy having another freak out session about another topic): He said, "Look at the fruit it's bearing in you." It dawned on me. When a thought or concern is bearing intense fear in me, it's not from God.

When He speaks or warns about something that's going to happen, or is happening, the gentle peace of the Lord will still be there, even if it is about whooping cough or some dangerous situation. When it's a legitimate concern, His presence will be there. His peace will be there. That brought so much assurance and freedom to me! 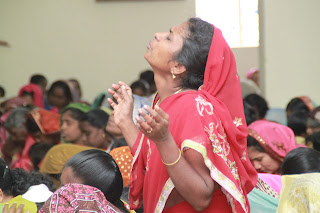 I've decided that the next time Sammy is gone, I'm going to take more of an offensive stance rather than a defensive one. I realized that I hadn't been taking up the full armor of God. I'm going to pray more for the kids and for myself to cover us spiritually in addition to focusing on praying for Sammy and the team that is with him.

When people ask how they can help, the real need that I have is prayer cover. God helps me function with 2 hours of sleep. I can get the kids to the store to shop. It's fine if I don't have a break. But what I cannot do without is prayer covering. My need while he's away is spiritual. Yes, the physical help is wonderful, and I love it, and I will take it. But what I NEED is spiritual.

Those are a couple of the things I've learned this trip. I hope something in there encourages someone reading this. They are not at all what I was expecting to learn or experience, but I'm glad to have gone through them. 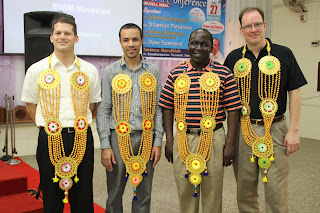 Praise God, that the difficult things we face in life are there to grow, deepen and strengthen our faith. I'm so glad that we don't go through these things for nothing, but God uses them for His great purpose, especially in the drawing of multitudes to Himself.

Officially, about 80,000 people came into a brand new relationship with Christ.  Unofficially we cannot estimate how many did so as millions of Indian people across India tuned into the live TV broadcast to hear the Good News.  To God be the glory!