Canker Soars, Upgrades, and the Pope- On the Way to Ruzizi 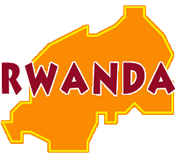 All the stories are by Sammy Wanyonyi.  Team member pictures do not correspond in any way to the stories.

By Monday they had gotten much more worse and new ones were coming up.  My wife prayed for me and then consulted "Dr. Google" for some advice which we began to follow.

Come Wednesday morning when I was packing and ready to head out to Rwanda, they were still soar and not much improved.  I sent out an SOS to a few friends as well as our traveling team asking for prayer.  My mouth is the key instrument that God will be using in Rwanda this Sunday and the next three weeks as I speak nearly 30 times to different audiences.  We recognized that this is Satan's attack.

Within an hour of people praying, the sting in the canker soars stopped.  My mouth is healing amazingly fast and I can eat hot food without any issues whatsoever.  He is Jehovah Rapha, the God who heals.  Just like God!

" No weapon forged against you will prevail, and you will refute every tongue that accuses you. This is the heritage of the servants of the LORD, and this is their vindication from me,” declares the LORD. (Isaiah 54:16-17)

Fundraising for this mission was proving to be a little bit tight.  So when we bought our airline tickets, we went for the cheapest we could find.  Being a frequent flier with Delta skymiles, I thought I could buy the cheapest possible within skymiles partners and if I needed to upgrade, especially for part of my long, return leg from Durban South Africa through Armsterdam to Minneapolis, I could use some of my skymiles to do so.

We found the cheapest tickets on Delta's partner airline Air France.  Their economy class has several classes and I went for the lowest.

However, when I called Delta to find out if I could actually do that, they told me it would be impossible to upgrade from my current ticket unless I discard it and purchase a different one that is upgradable.  Of course discarding wasn't part of the equation.

Come yesterday during departure, I heard my name being called on the PA.  When I went over to the counter, I was handed a new boarding pass and on close examination, I had been upgraded to first class.  I turned to one of our team members who was there with me and said rather loudly, "Look, I got an upgrade! Praise the Lord!"

The Delta staff lady at the boarding counter who had handed me the new boarding pass looked at me with a smile and gave me a thumbs up and said, "Enjoy!"  I figured she must be a believer.

My team mate then turned to her as I went through the doors onto the plane and said, "I am with him!"  I sat down on my Premier seat and a few minutes later, my team mate comes into first class with a grin on her face and sits a few seats behind me.

She too had received an upgrade!  Ah!  How nice to be able to stretch and sleep in a bed on the plane!  From the lowest place, we had been taken to the highest...without having spent any more than what we paid for the lowest ticket.

Did they say it was impossible?  Well, all things...and much more... are possible with God.  I have come to see that every now and then, God likes to give us as his children some cool treats along the way.  This was definitely one of them.

And by the way, we still need your help to close our budget gap.  We still need $14,000 to come in over the next two weeks.  Keep praying and please give whatever you can to help us bring thousands to Christ. Follow the donate link to your right.

On my flight from Minneapolis to Armsterdam, after the bump to first class, I sat next to a gentleman in his fifties, an executive with Airbus company.  He started asking me questions about what I do.   When I told him I was a pastor/evangelist he was facinated.

"What kind of education do you have?"  He went on.

"Well, I have a Bachelors degree, a Master of Divinity and I begin writing my final doctoral dissertation later this fall."  I answered.

"So, you must be working toward becoming the Pope in your church?"

"So what incentives are there in your line of work?  Why are you doing what you are doing?  You have all this education, you are not making money, and you are not climbing up the ladder of power and success?"  He responded, looking puzzled.


"Go, labor on while it is day, The worlds dark night is hastening on. Speed, speed thy work, cast sloth away- it is not thus that souls are won. " Horatius Bonar